With the world of drifting becoming more popular worldwide – As a business, Driftworks are pioneers and instrumental to drifting past, present and future. Engineering and selling parts they provide to a worldwide audience via their website and so the 2014 season held particular importance for exposing their skills on all levels.

2014 represented a big year for the Driftworks team, the biggest news of all had to be the unveiling of their immense build of the Toyota Corolla AE86, appropriately dubbed the DW86. And quite rightly so, as they stripped this Japanese classic down to the bare shell and prepared to build the ultimate drift car in their own unique way….and boy, did they do this in style!

For Phi & James – Co-directors and the DW86, the year has seen some ups and downs, including some incredible drifting performances, an awful lot of smoke and a huge article in our favourite Japanese Performance Magazine, Banzai. 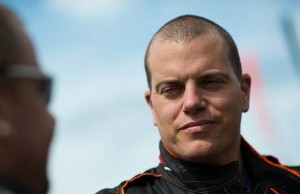 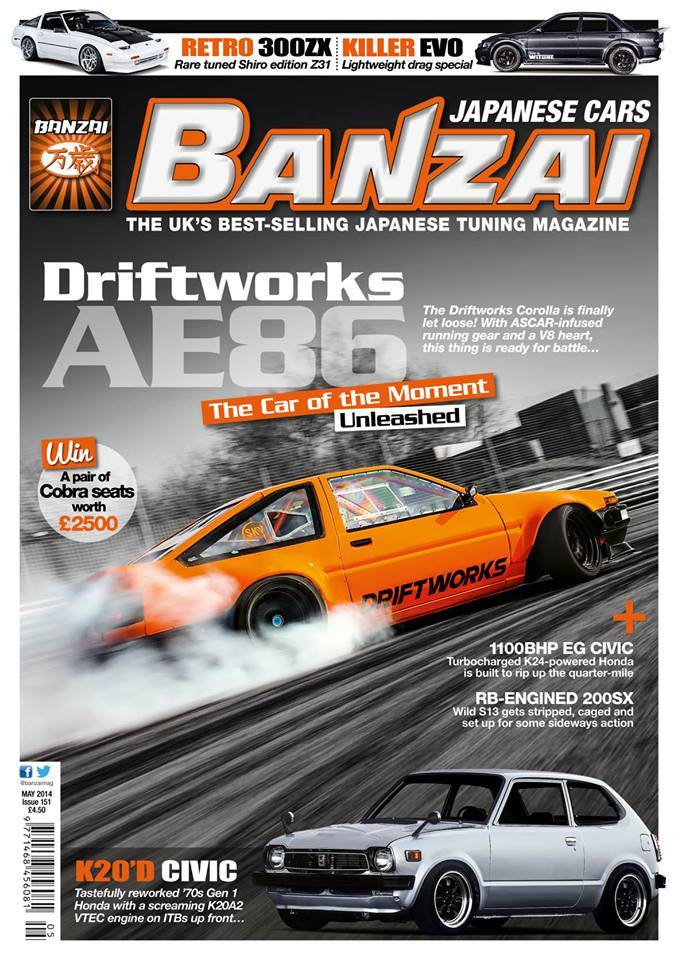 But before looking at this in a little more detail, it would be foolish of me to focus solely on the escapades of Phil and the DW86 as the rest of the Driftworks team have been busy and in their own right very successful this year too! 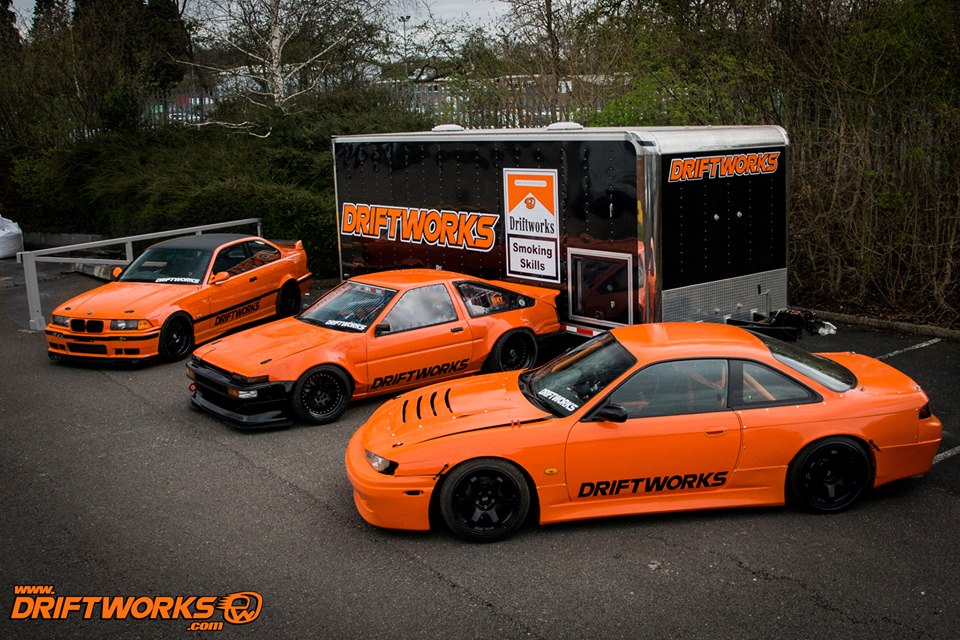 2014 saw two new members to the Driftworks team, Richard Grinrod had a spectacular season in the Driftworks E36 M3 with a supercharged LS V8 engine – Winning the Pro Class of the Maxxis British Drift Competition by just one point from championship hopeful, Oli Silcock.

The Driftworks team finished 5th in the team standings which, taking into consideration all the changes is a great result and something I have no doubts will be improved upon in 2015.

Post by Driftworks – Video of Richard up against Jack Shanahan in the final round of the BDC.

We all knew the car would be a beast (to put it midly) and I have had the pleasure of seeing its debut season develop as Phil Morrison was tasked with taming the car and bringing the best out of it in this years Maxxis British Drift Competition, The Irish Drift Competition and a quick stint in  The Drift Allstars events.

After the build (thread here) the year begun with the unveiling of the car: 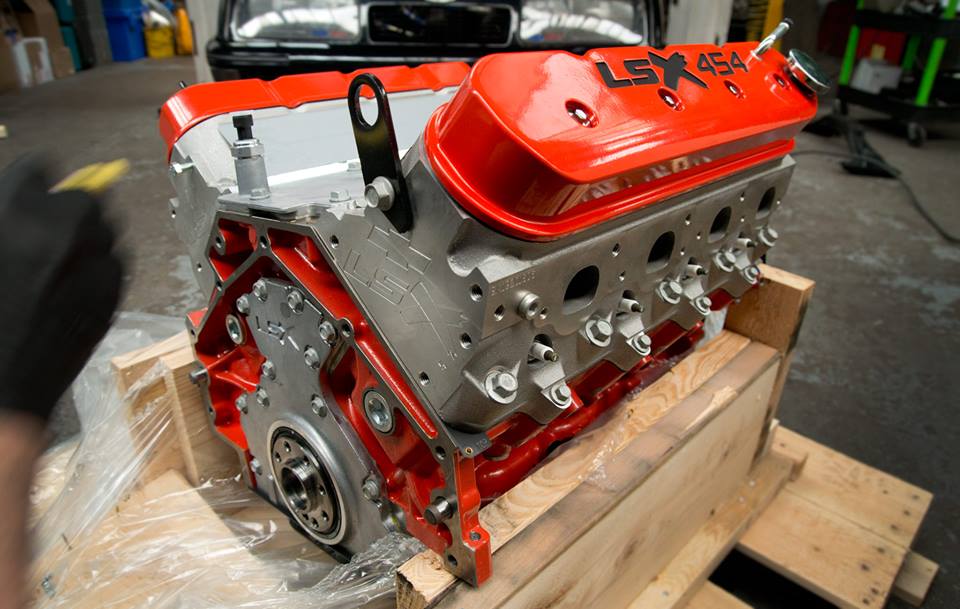 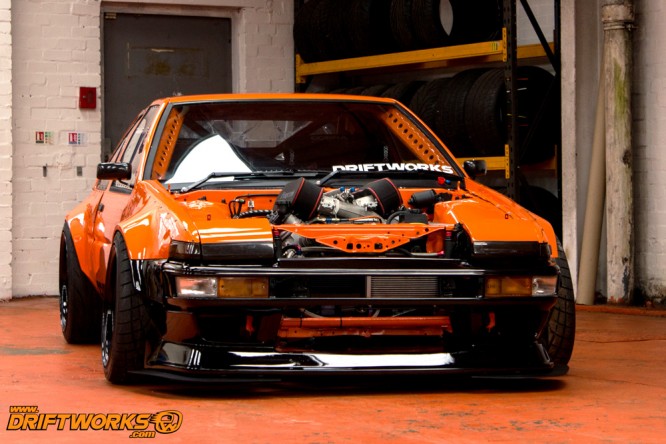 Phil Finished 11th overall in the British Drift Competition with varying results. Some mechanical issues saw early retirements as the team worked tirelessly to learn the car and adapt its parts to handle the awesome power it produces. But with this in mind, I think the goal for 2014 was always to get the car out there, fine tune it and see how it performed with title hopes resting on 2015 and beyond. From what I have seen, this seems to have been a success as progress has been evident each time the car was out on track. 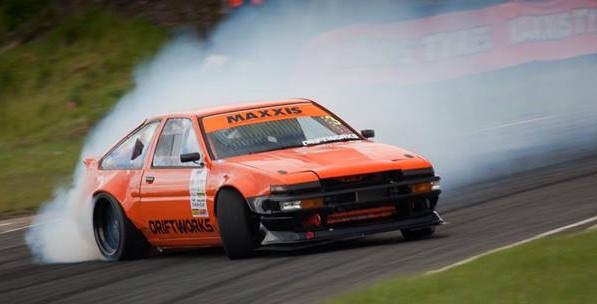 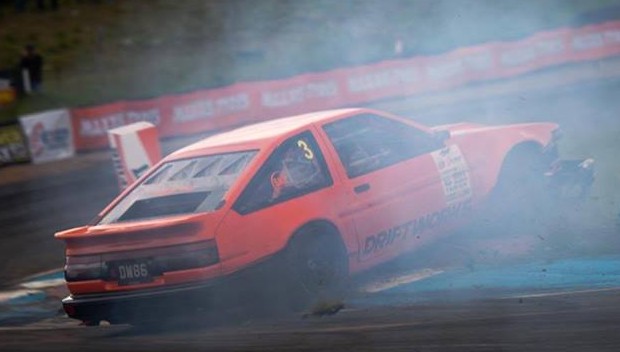 The full spec for the car:

Post by Driftworks. The DW86 on the rollers for its dyno test – Speakers up! 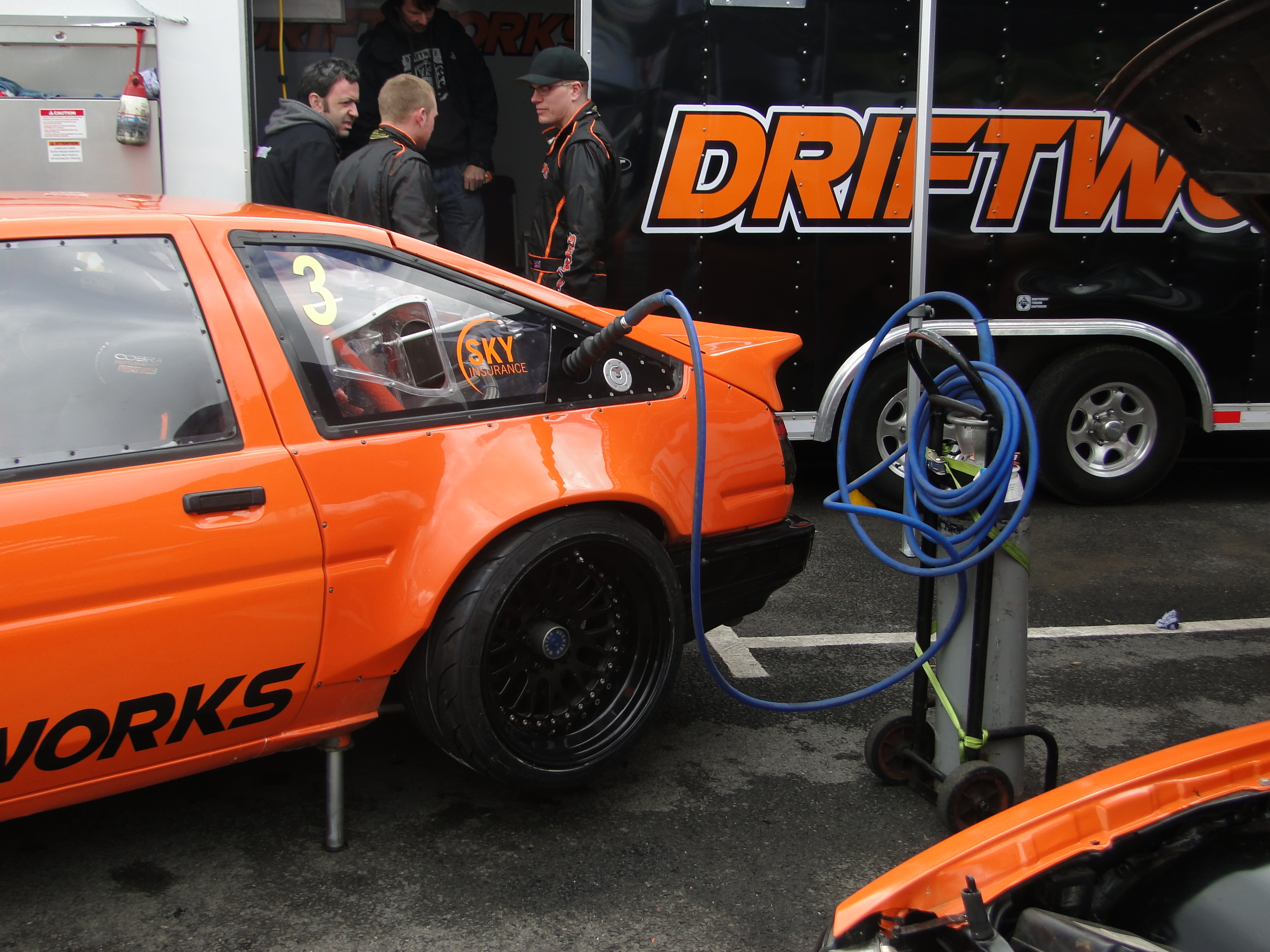 As a business, they are world renowned. Engineering and supplying specialist drift parts to professionals and amateurs alike all over the globe. Their race team, whilst going through some big changes are clearly going to be challenging for more silverware and will compliment the business perfectly. They will continue to engineer the cutting edge technology that has taken them to the forefront of the industry and I for one am looking forward to their progress in the future.

I’ve been lucky enough to grab a few words from Phil too!

Phil – Global Warfare, which was round 3 of the Irish Drift Championship. It was the first event for the car with the new 750bhp LSX engine, and it surpassed all expectation. Japanese pro drifters Daigo Saito, and Robbie Nishida told us it’s the coolest 86 they had ever seen, and the car even won a battle against D-Mac in his own mental AE86

Chris – After a season on the track – getting to know the Hachi, will you be gunning for titles in 2015?

Phil – We’ll definitely be pushing hard. The car does still require some work to make it a winner though. It’s just so snappy and on a knife-edge we need to find a way to stop it from trying to kill me 2 out of 5 runs.

Chris – International recognition seems to be in the bag, will you travel to the states (or anywhere else internationally) next year to compete

Phil – We are contemplating doing some more far-reaching events, but until a schedule is released, and budgets realised we won’t know the exact plan. I hope all the championships can get their dates out as soon as possible to help make the decision.

Phil – Fredric Aasbo is someone who I respect a lot. He competes at a top level, but still ‘gets’ that drifting is about flare as much as it’s about speed and proximity.

Chris – Lastly and more for my own curiosity, Favourite (private) car you’ve owned/would like to own?

Thanks & Best wishes to Phil and the Driftworks team!

Most recently, Speedhunters ran an article on the DW86 & Driftworks and well worth a read if you haven’t seen it yet! Click here to see it 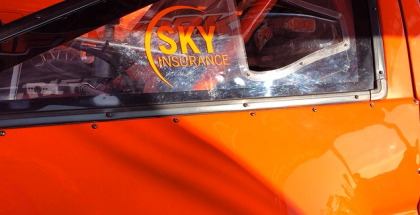 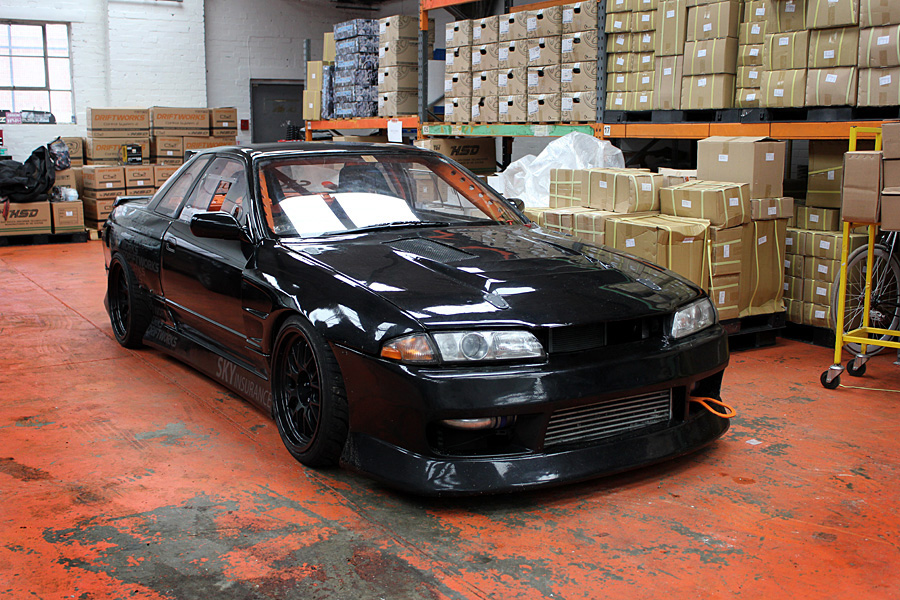