The weekend just gone saw the final round of The British Drift Championship 2015. We’re pleased to say that Driftworks, who we’ve sponsored for a number of years, came first in the Pro Championship. Driftworks’ Jack Shanahan was ranked number one with a total of 118 points, earned throughout the five rounds of the 2015 championship. 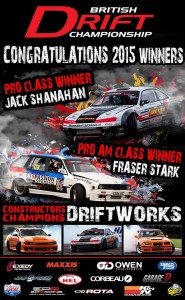 The British Drift Championship is a competition which indulges in cars being driven at high speeds, sideways. There were five rounds in 2015, spread across four different locations:

The competition has 120 competitors which are classified into two classes: Pro and Pro AM. Originally there were three classes; Semi Pro, Pro and Super Pro however this year the rulings were changed to have just two classes.

You can read more about The British Drift championship on their website.

So, this years winner of the Pro class was Jack Shananhan who was driving a Nissan S14a, representing Driftworks. With a total score of 118 points and coming first in two out of the five rounds, Jack is well deserving of this win!

Driftworks as a team was also given the title of ‘Constructors Champions’. The second success story for Driftworks, within the same championship!

Driftworks is a dedicated online store and website relating to all things drifting. They have a team of specialists who both understand the mechanics of the cars and drift them, with such incredible expertise. Driftworks regularly win competitions and are renowned within the world of drifting. To find out about other drivers at driftworks and the cars they drift, read our The British Drift Championship 2015 blog post. 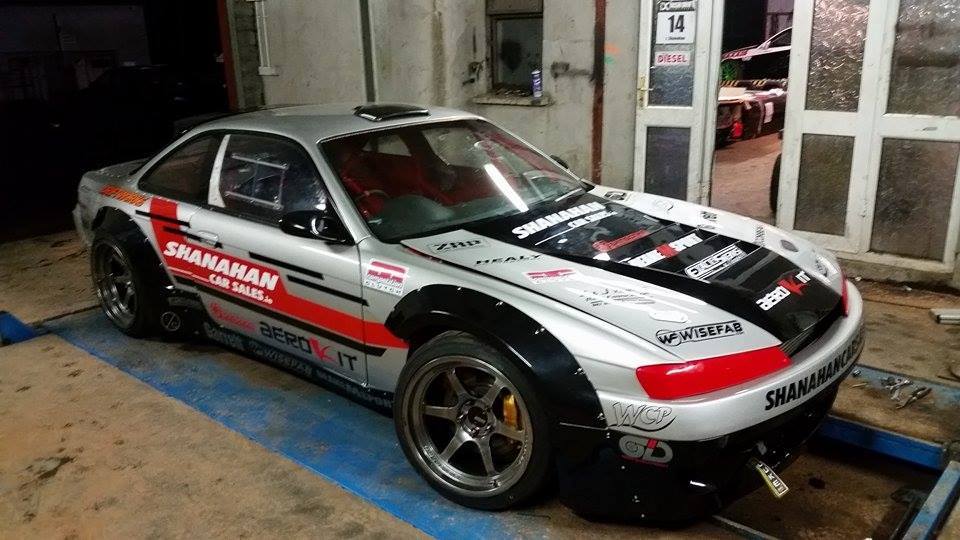 Congratulations Jack and the team at Driftworks, here’s to more successes in your world of drifting!

Comprehensive Cover – But Driving With No Insurance?