Today, we’re welcoming Paulo and his modified Seat Leon Cupra R to our Customer Car Gallery. He’s owned the MK2 version for around two years now and since performed some work on it to make it into the car you see today.

The car itself, as standard, comes with 265bhp. At the moment, Paulo’s Seat Leon Cupra R is currently running at 380bhp (404ft). Paulo mentioned that this was all thanks to those at NV Motorsport.

This brings us onto Paulo himself. Now Paulo is one to talk to when it comes to cars, he’s loved them for as long as he can remember and he actually works at EMP Performance. He’s surrounded by cars, car parts, and car talk most days, so it makes sense that he decided to do some work on his own car.

We put some questions to Paulo regarding his interests in the car world, the cars he’s owned, and the car he currently owns. We also got to sneak in a few questions about what the future holds for him (car wise, anyway)…

You’ve clearly got an extensive passion for cars, where did it all start? 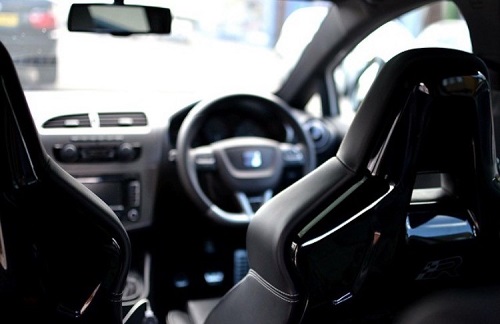 My interest in cars started when I was about 16 years-old. That was when me and a mate used to go into central London and see all the Supercars.

At the age of 18, I applied for a job to be a Valet Driver in London, for which I was accepted. At that age I was getting to drive Ferrari’s, Lamborghini’s and so on. It was like a dream come true (even though they weren’t my cars). Working there for just two months allowed me to buy my first car. It was a Fiat Punto 1.2 litre, which at that age, I couldn’t really complain.

A year down the line I became ‘Deputy Manager’ of the Valet company. This allowed me to buy my first Seat Leon, it was only a 1.4 litre TSI, but being only 19 years old at the time – insurance was an issue. I kept that car for two years until I decided to buy my current car – the Cupra R, which is insured with you guys – Safely Insured.

We understand you work with cars, please can you tell us a little bit about your job at EMP Performance?

That’s correct, my life is pretty much made around cars. At EMP Performance I deal mainly with the marketing and sales side of the business, however, if there is anything I can help with, I always do. I’ll be honest, when it comes to the mechanics of a car – it isn’t my strongest point, I think I was made to be behind the wheel of a car!

You car has transformed from when you first bought it to now; how did you do it? 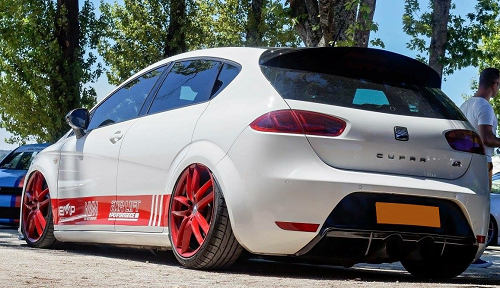 I bought my Cupra R from the Hatfield Seat dealer. It was pretty much brand new with only 14,000 miles on the clock. It was also completely standard.

The transformation started off by me simply bringing it into EMP Performance to get a new exhaust system (just for some extra noise). Two months later when I was abroad, I had left my wheels with EMP to get painted in gold. I phoned Eldin (the owner of EMP) and told him to book my car in for an air ride (Airlift Performance) – it just had to be done! From there I fancied a little bit more power and that is where the chase for the stage 2+ began. The front mount inter-cooler was installed, as well as a high a pressure fuel pump, performance clutch, TTRS brake set up, Revo induction kit, alongside a few other modifications. It was after that point that we really started to see some figures build up.

I have not attended as many car shows in 2016 as I had initially planned to. That being said, I thought ‘Players’ at Goodwood was amazing, as was ‘Gravity’ in Coventry. They were for sure the best shows I had been to for a while.

I will be attending as many shows as possible in 2017. Me and the EMP team have a few cool ideas, so it will definitely be an exciting and interesting year.

Do you plan to add any further modifications to the car?

It is sad to say, but, the Cupra R is actually for sale. This is to allow room for the new toy (which will certainly be insured with Safely Insured) and it will definitely be an interesting project to watch. So, watch this space! 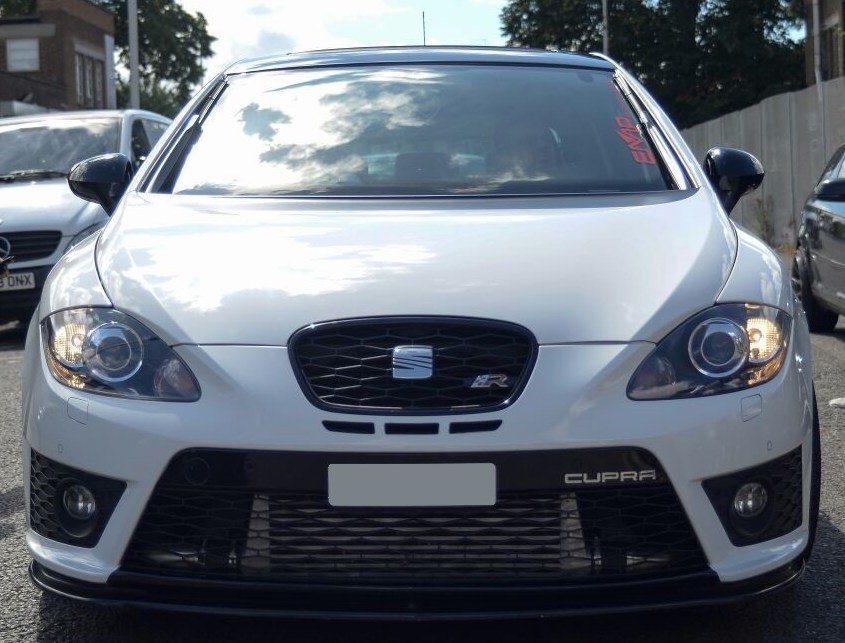 A Comprehensive Modified Car Insurance policy would be beneficial for a car like the one Paulo owns. The nature of the car speaks volumes when deciding on the type of insurance you require. With this particular Seat Leon being an ‘R’ – this indicates a high performance vehicle. In addition to this, the numerous modifications added to it signify that the car is no longer standard, and therefore modified. As a result of this, it would make sense to obtain a specialist car insurance policy as opposed to a standard one.

With the Safely Insured Modified Car Insurance scheme, there are many policy options to choose from. You can specify an ‘Agreed Valuation’ (for your car), choose to select ‘like for like’ modifications cover, and it should be noted that we also cover ‘engine swaps’. These elements of an insurance policy ensure that your car and its extras are covered, in the event of a claim!

We would like to say a huge thank you to Paulo for letting us showcase his car. We’ll be sad once you’ve sold the car, however we look forward to hearing all about your new project.

For more pictures of Paulo’s car, you can visit our Customers Car Gallery page.

Our top 3 Japanese Performance Cars of all time!