5 Women who are an Influence in the Motor Industry 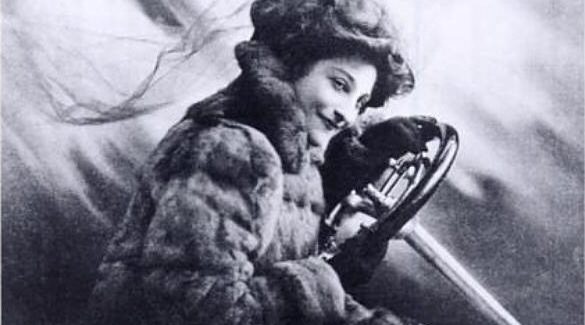 These women are a major influence to women in the motor industry today, because they helped shape cars into how we know them. They achieved this even when the industry was heavily influenced by men. So, to celebrate International Women’s Day, we have listed some women who have been a big influence and played a major part in the motor industry. Bertha was a main figure in helping to get the first motor car on the road, and one of the biggest influence in car history! She was the wife and business partner of Carl Benz, the founder of Mercedes-Benz.

People were unsure of Carl Benz’s designs and he was also failing to market his invention. So, Bertha took it upon herself to show off his designs by completing a publicity tour. She and her two children completed a 120-mile trip in order to advertise Carl’s work.

This tour helped generate tons of business for them. If Bertha did not complete this trip, the beloved Mercedes-Benz would possibly not be on the roads today!

Find out more about Bertha Dorothy Levitt held the world’s first water and land speed record and was one of the first women race drivers. She influenced many women because she pioneered female independence and female motoring.

In Dorothy’s book ‘The Woman and the Car’, she recommends “carry a little hand-mirror in a convenient place when driving, not for aesthetic purpose but to see behind while driving in traffic.”  Because of this, manufacturers introduced the rear view mirror in 1914.

Find out more about Dorothy

Margaret A. Wilcox – Inventor of the first Car Heater Margaret Wilcox was an influence to women for her revolutionary design which we use all the time in cars! Margaret was a female engineer in a strongly male-dominated industry and her idea was to help dehumidify car windscreens.

Her invention which she coined in 1893, makes driving easier by keeping windows mist free. It also allows drivers to drive in their chosen temperature for a more comfortable driving experience.

This major invention is an invaluable part of the car which we could not be without! This feature, is a basic necessity in every car around the world.

Find out more about Margaret

Mary Anderson and Charlotte Bridgwood – Inventors of the Windscreen Wipers In 1903 Mary Anderson invented the first ever windscreen wiper. Her design wiped the windscreen using a manual lever from inside of the car.

Mary’s invention was not popular until Charlotte Bridgewater built on her idea and developed an electric wiper in 1917.

Windscreen wipers today are a necessity for your car because it will fail it’s MOT in the UK if they do not work.

Find out more about Mary

Find out more about Charlotte Katharine was a physicist, chemist and first woman to be awarded a PhD in Physics from Cambridge University in 1926.

She produced and discovered non-reflective glass. This ‘invisible glass’ went on to be used throughout the world on all windscreens, meaning drivers could see the roads without glare or reflection. Therefore, making the roads much safer!

Find out more about Katharine

Young Drivers and the backlog of driving tests!

Modified Car of the Year Winner