Top 7 Performance Cars to Insure for Under £500

Performance cars are expensive to insure, right? Wrong! To prove this to you, we have selected a group of cars which we believe are great for any fun-loving car enthusiast.

Instead of picking the ultra-expensive, ultra-rapid models, we have decided to pick cars that are more within budget in terms of purchase costs, running costs and insurance costs to prove to you that you can have a stunning performance car and insure it for under £500.

These cars signify not only what’s fun to drive, but what acts well as an everyday car also. In reality, not everyone has the option to own two cars; one for fun and one for everyday. Therefore we have chosen cars which do their best to combine both elements. What more could you want?

Insurance groups are set by leading authorities in the industry and include members of the ABI (Association of British Insurers) and the LMA (Lloyd’s Market Association). Insurance groups for different cars will vary, dependant on a number of factors. Such factors include but are not limited to; repair costs, repair times, damage costs, parts costs, car performance, car safety and car security. A car is assigned a number between 1-50 which acts as the ‘Insurance Group Rating’. Generally, the higher the number, the higher the cost of insurance. Groups will vary dependant on the insurer.

For example purposes, we have based our estimated figures on the following person specification… A 28 year old male with 10 years NCB (No Claims Bonus) and a full UK driving licence; living in the postcode area of: NN1 1AD. 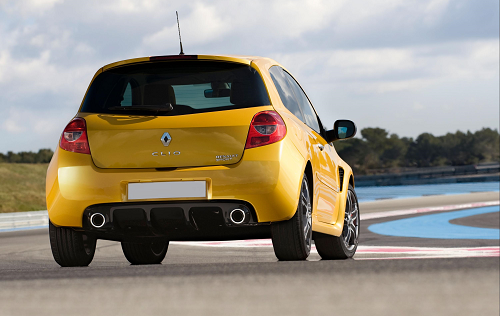 The Renaultsport Clio (with a clue in the name) has a combination of many of the ‘sporty’ components you’d expect to see in a car with a bit of power behind it. The Clio sports a 2.0 litre, 16 valve engine which generates 197bhp. The 6 speed manual gearbox helps you reach your way up to a top speed of 141mph. It’s also Front wheel drive (FWD) enabling better traction with the drive wheels being under the engine. Another benefit of FWD means it’s lighter in weight due to the shorter driveshaft which is a bonus for the robust looking Clio. Overall, it’s fun, energetic and has a reasonable price tag! 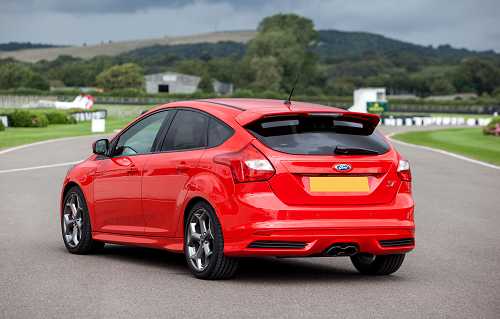 It may not be the most visually spectacular car to look at; however every petrol head will know that what’s under the bonnet is what gives a car its right to credibility. With a turbo, petrol engine, kicking out a top speed of 150mph (reached with a 6 speed, manual gearbox) it’s a car that you can enjoy, time and time again. A ‘timeless’ piece of manufacturing, if you will. 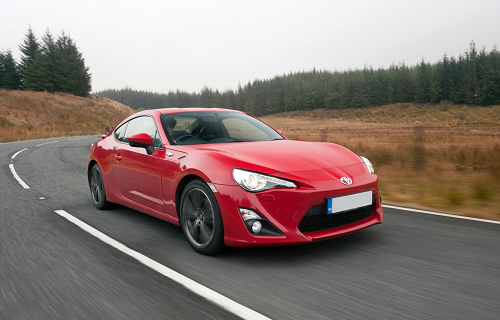 The GT86 is a car that was born to give you all the fervour, close to that of a track driver, just by sitting in it. From the design to the engineering, this car plays on every thrill seekers emotions, from the sporty seats and dashboard design to the 2.0 litre engine under the bonnet. With a top speed of 143mph and an aerodynamic style, this car doesn’t compromise on appearance or ability. 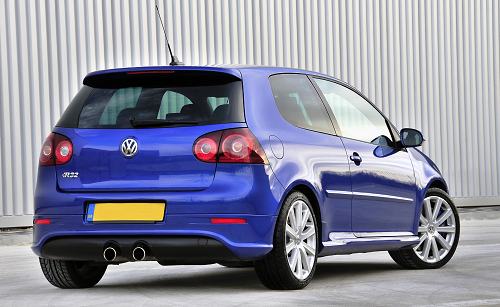 If you ever wanted a ‘hot hatch’ which has all the power of a high-performance vehicle, modified twice over, yet you don’t want the prominent modified features (such as spoilers, body kits etc) then this car may just be your knight in shining armour. With a design similar to that of the standard Golf but with a 3.2 litre, v6 engine (generating 250bhp) to match and out-run that of a GTI, here you have the perfect blend of inconspicuous sophistication with a powerful roar. 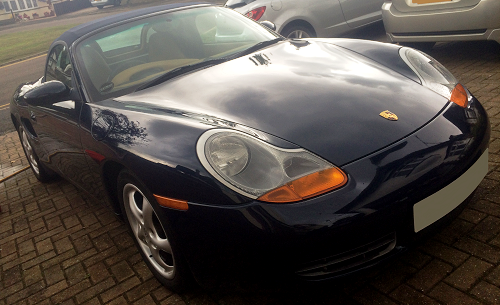 The original ‘first-generation’ Boxster was put into production in 1996. With a 2.5 litre engine to compliment its elegant exterior, this car had (and still has) many reaching for their wallets. Porsche, as a Marque, is one which has stood the test of time and done so with such elegance. If you want a car you can show off in, yet still cruise along at 30mph with pride, this is the car for you! 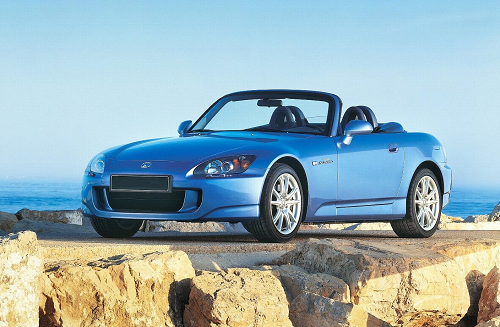 To celebrate Hondas 50th birthday, they rewarded the world with 10 beautiful years of production of the S2000. Throughout its production lifecycle of 1999-2009, Honda sold over 110,000 S2000’s – surely that speaks for itself when talking about longevity and reputation? The car sports a 2 litre engine with a convertible roof for those who like to feel the wind within their hair. They’re rear wheel drive with fitted LSD at the back – allowing the wheels to spin evenly around corners. It revs to 9000 RPM as standard and has been known to reach 800 BHP on stock internals, proving just how robust the design is as standard. A classic, fun and sporty Honda model, which will play on, long into the future. 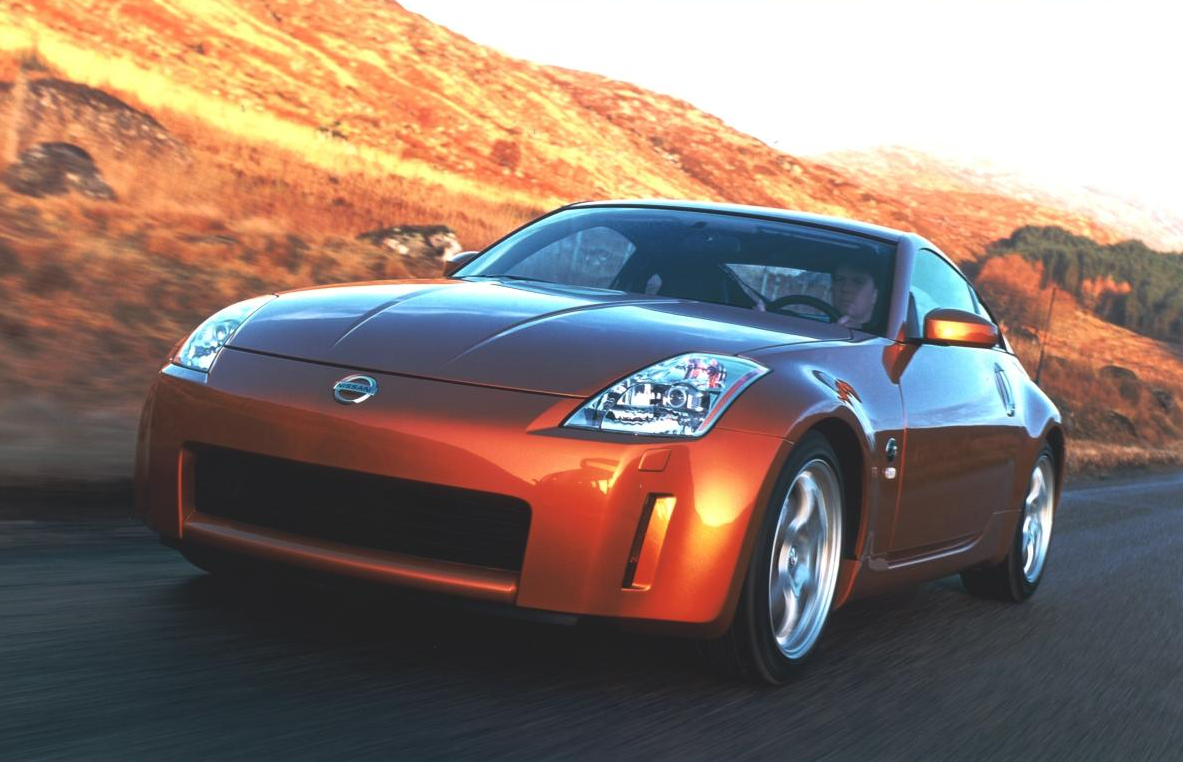 The 350z was released to the public to get their acceleration on back in 2002. Two versions were created: the 350z coupe and the 350z roadster, with the later being released in 2004. Now, with a small boot due to the brace in the back, this car isn’t the most practical however it is a lot of fun. With a 3.5 litre petrol engine and a manual gearbox you can accelerate with ‘smiles for miles’ until your hearts content. Nissan have made a number of improvements to the 350z throughout the years, including both structural work to the engine and the design of the interior – proving how as a Marque, Nissan always want the best for the consumer. As far as performance cars go, the 350z, is simply

So, have your say… Out of this list of performance cars, which one would you choose? 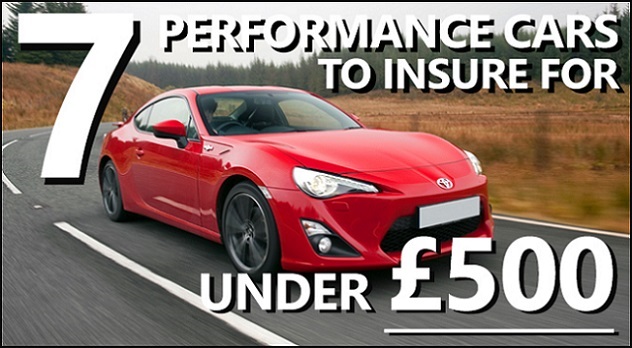