Our top 3 Japanese Performance Cars of all time!

Japanese Performance Cars often offer capability like no other car manufacturer. Many marques contribute to this fame, they include; Toyota, Honda, Nissan, Subaru, Mazda, and Mitsubishi.

We’ve collated together some of our favourite Japanese performance cars of all time, listed the history of them, talked about why we like that particular marque and model so much and included other models within ‘the family’. Who knows, maybe you’ll agree with us? Or maybe you won’t – don’t forget to vote for your favourite at the end of the article… enjoy!

If you want to see some fine examples, head on over here to see a full list of our featured customers with Japanese cars.

The production of the Toyota Supra dates back all the way from 1978 to 2002. It’s quite simply a legend in the car world and is widely famous for being able to withstand up to around 1000bhp without swapping the engine. Usually this can be done by fully forging the engine and applying the right supporting modifications. 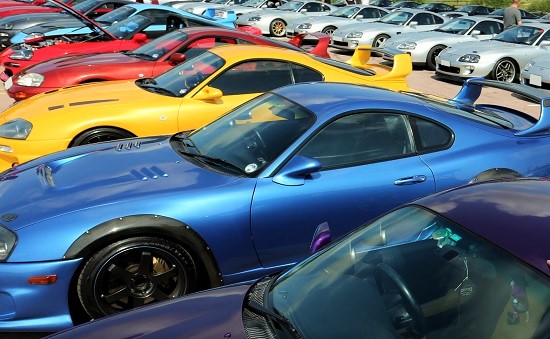 The final version of the Supra was the A80 or the JZA80. This is probably the more common Supra seen on the roads today, in the 20th century. The A80 design process began in the February of 1989. This design process covered a wide range of specialisms: design, product planning, and engineering. By the June / July of 1990 the A80 design concept and plan was given the go ahead from the Toyota Technical Centre (Aichi) however production was not to commence until later that year. The first built were simply ‘tests’ and were created in hand-built A70 bodies during the latter of 1990. These ‘tests’ were shortly followed by the real thing however, and the first A80 prototype was hand-assembled in 1991.

The Supra gives you power, thrills, and design like no other car of it’s time and it’s a car that will live on in the history books forever. The power from the engine as stock is unbelievable and the agility of a car which has improved it’s weight reduction model on model, allows for more flexible driving techniques. This is why, the Supra is number 1 for us!

The Honda Civic Type-R offers you technology alongside performance. Not only do you feel as though the power is within your grasp, but you know it is from all the dials and added extras making you feel like your in the driving seat of a super machine. The only thing that made this number 2 for us was the size, the later generations are wider with more metal framework as opposed to viewing space. This however, is no where near enough for us to not mention it – the Type-R is not only fun and technological, but it’s also great for day-to-day and a car you feel safe in, come rain or shine. 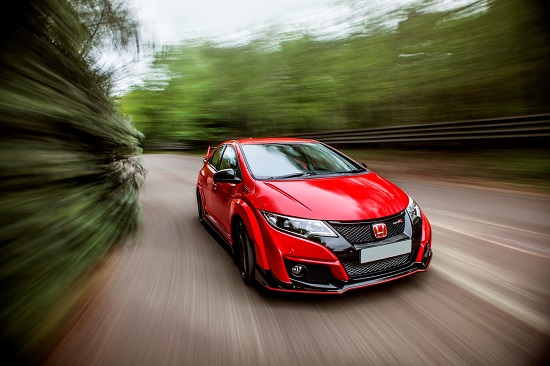 2nd Generation – has the EP3 chasis and was produced from 2001-2005. This generation also contained the ’30th anniversary special edition’.

3rd Generation – this generation has 2 different chasis types, with 2 different sets of production years. The FD2 was produced from 2006-2011. This chasis was home to the ‘Mugen RR’ and the ‘Mugen RC’ – the more famous ‘race’ versions of the Civic Type-R. And then there was the FN2 version – which was produced throughout different countires in the world and was known as the ‘European version’.

4th Generation – This has the FK2 chasis and is the newest out of all the models which production only commencing play in 2015 and is still in play now.

The Nissan Skyline R32 GTR is a sports car in which was based on the Skyline range. GT-Rs themselves were produced from the year of 1969, for 4 years, up to 1973, however the GT-R was revived by the Skyline R32 in 1989. More so than not, the reasoning behind this were placed on the popularity of the car. Subsequently, the car was given the nickname ‘Godzilla’ and it has stuck with it ever since. 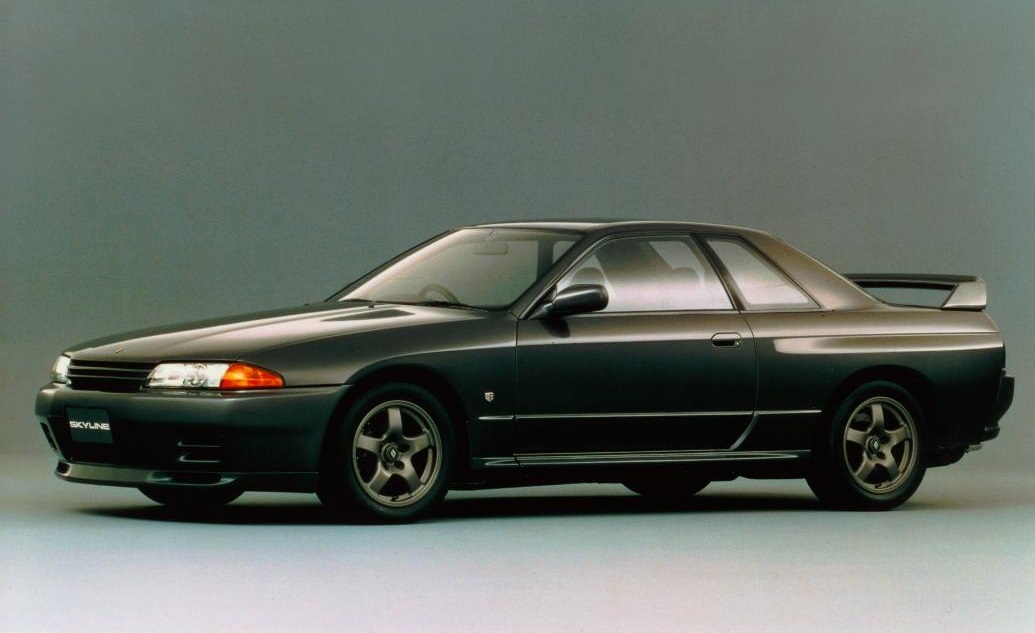 In total, there are 5 generations of the Nissan Skyline. These include:

4th Generation – produced from 1995-1998. This generation saw the introduction / birth of one of the biggest GTR names in history: the NISMO. Two versions were created; the 1996 NISMO – LM Limited and the 1997 NISMO 400R. These cars are known as the R33. The cars come with ‘Limited Edition Factory Fitted Extras’ and the last one was actually produced in an R34 colour. NISMO is Nissan’s Motorsport division – so you can only imagine how incredibly quick these cars are, if you haven’t already been in one!

The total production units sold of the R32 Skyline GT-R was incredibly high at 43,934 units. The Skyline itself also proved to be a fan of money of those who know a thing or two about cars. For example, ex-BBC presenter Jeremy Clarkson, named the car as ‘the only true Japanese contribution in the line of supercars’ and as ‘one of the best cars in the world’ as he listed it in his top 100 cars. And we agree with you entirely Jeremy, it is one of the greatest cars in the world, hence why it’s in our list of the top 3 Japanese Performance Cars of all time!

Safely Insured offer many schemes to insure Japanese cars, depending on the specifics of your car. We can offer: Modified Car Insurance or Imported Car Insurance. For examples of the types of car we cover, why not check out some of our customers in the Customer Car Gallery with Japanese cars? You can find the full list here.

Imported Car Insurance – If you are importing, or have imported your car from overseas, we can provide cover on the following: left-hand drivers, 4x4s, modifications, and young driver friendly (minimum age is 19 with 2 years driving experience). This will also come with breakdown cover.

Modified Car Insurance – We can also cover your Japanese performance car under our ‘modified car insurance’ scheme if preferable. This type of cover / policy allows for: limited mileage discounts, ‘like for like’ modifications cover, agreed valuation, and breakdown cover.

Why modified car meets should not be shut down…