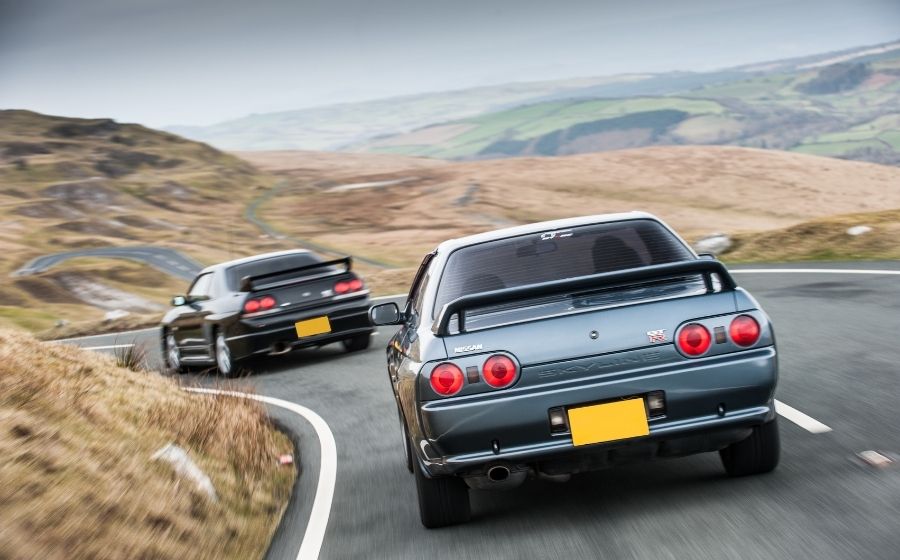 We also have a knowledgeable team of staff who are experienced in insuring Performance Cars.

Our current top ten of the 'most insured' Performance Cars are:

Types of Performance Cars We Insure

The legendary Marque of Porsche (Porsche AG), what more really needs to be said? Founded on the 25th April 1931 by Ferdinand Porsche, Porsche is an absolute gem in the history of all car Marques - a beauty of it's kind. The Marque has well and truly stood the test of time - this year, Porsche turns 84!

Since the marques creation in 1931, Porsche has seen many cars designed, built and put into production. It's also seen cars built for special order only and others designed to fit the needs and requirements of the consumer. There are many models to highlight when it comes to Porsche. Some of which include:

The Aston Martin marque was founded in 1913 by Lionel Martin and Robert Bamford to inject luxury and sophistication into the motoring world. Founded under the name "Bamford & Martin Ltd", the name was later changed to the name you see today, Aston Martin, in 1914. The name change was inspired by Lionel Martins accomplishments at the Aston Hill Climb. The Aston Hill Climb consisted of numerous vehicles, in a fast paced up hill climb. The Climb was active been the years of 1904 and 1925 and took place at Aston Hill in Buckinghamshire.

Within the 'car garage' of Aston Martin resides many vehicles from both the past to the modern day. You'll probably recognise these prestigious models:

As many of you may already be aware, Aston Martin is famously associated with James Bond. Many of the James Bond films, including Thunderball, use the Aston Martin Marque as the iconic presence of sophistication, excitement, thrills and action. Aston Martin both inhales and exhales sophistication, luxury, style and design. What Aston Martin also entails is great technical capabilities and speed. One of the fastest cars within the Marque is the Aston Martin One-77 which has an incredible top speed of 227 mph. Read the full article on the Safely Insured Blog.

Bentley unveiled their first car back in 1919 - EXP 1. Since the unveiling of the EXP 1, Bentley has overseen numerous vehicles which have been designed and produced across the globe. At present, all of this is helped by a team of around 4000 employee's worldwide. From the more historic part of the timeline to the present, Bentley has a variety of cars to its name. Some of these include:

Read the full article on the Safely Insured Blog.

The Marque of Rolls Royce was initially discussed in 1904 and then later founded on 15th March 1906 by Charles Stewart Rolls and Sir Frederick Henry Royce. Frederick Henry Royce was an engineer and Charles Rolls was the owner of a car dealership. Both of their successes combined together represents the Marque you see today, 111 years after initial discussion.

There are three main models of Rolls Royce vehicles:

Read the full article on the Safely Insured Blog.

The Maserati Marque has been at the central point of history(when talking about cars) for many years now and has only ever imprinted impeccable impressions into people's minds. From the sleek body chassis of the car to the stylish and luxurious interior - the Marque of Maserati, quite simply, speaks for itself. Since the marques creation in 1914, Maserati has seen numerous vehicles through production into the show rooms.

There are many models of Maserati. Listed below gives you an insight into some of them and the power behind them:

Read more about Performance Cars on the Safely Insured Blog.

Car insurance can be a nightmare. Particularly if you own a high-performance or modified car, or a Japanese import. Suddenly the ‘wonder’ of online insurance comparison sites turns to frustration: your car isn’t listed, there’s no facility to detail its modifications, and the quote you’re given isn’t the bargain you’d been expecting. And as for talking to a clued-up human being on the end of a phone line, forget it...

Wouldn’t it be nice to find a car insurer who’s actually on your wavelength, who genuinely understands what it is you’re looking to insure and can generate the right policy for it? That’s what David Watson and Jae Pearse set out to create when they refocused the direction of their company, Safely Insured, ten years ago, having previously run it as a chain of high street insurance brokers.

As Jae explains: “Safely Insured took the decision not to use the fashionable methods of price comparison sites and call centres.

“We wanted to remain true to our roots and continue to offer our services to drivers who were not looking for the ‘stack it high, sell it cheap’ approach, and preferred brokers who were focused as much on service as they are on price. Our policies appeal to drivers with more complex insurance needs – whether their vehicle has lots of modifications or is a high-performance car, or whether they just want to speak to an insurance professional who could add value to the process of buying insurance.”

Further evidence of Safely Insured’s zeal for all things quick and automotive is the company’s five- year sponsorship of Driftworks – the UK and Europe’s number one drifting team.

Thanks to their intimate knowledge of the market, the Safely Insured team are able to produce tailor-made policies, not just for individual cars, but for fleets, too, whether they're company cars or your private collection. And the company can provide track day cover, like for like modification cover and agreed valuations.

Safely Insured does good business with UK car clubs, too, and has a dedicated car club team – car club members receive discounts on their premiums because, as Ollie explains, “members of car clubs are generally car enthusiasts who take pride and care with their cars, which when it comes to car insurance, is music to our ears”.

As tends to be the way with companies that offer great customer service, 85 per cent of Safely Insured’s business comes from word of mouth. Read our customer reviews on our TrustPilot page.

Due to the high specifications, high values and the power of most performance cars, even the smallest of accidents can spiral into a very expensive claim. The fact that the cars are very highly rated and admired, also makes them a higher risk where theft is concerned. There are several things that could have a positive effect on your performance car insurance premium and are often recommended or required by the insurer;

Why does Safely Insured like Performance Cars when other insurers do not?

Generally speaking, we find that Performance Cars are owned by car enthusiasts who are passionate about and take care of their car, more so than the average driver. From experience, we find that genuine car enthusiasts are less likely to have an insurance claim as they tend to be more careful with their cars. With this research and evidence, we have been able to negotiated a specialist insurance scheme for Performance Car Insurance with excellent rates and cover. Contact us for a quotation today.